A few photos from this weekend's running session, occasioned by the visit to our neck of the woods by modeler John Gillies of Canberra, in the states for a couple of months to take in a prototype modeling meet, the NMRA convention, and the Northern Pacific Historical Society convention. . . and see a lot of our great country en route. John's visit motivated at least three of us here in DFW to get some progress done on their layouts.

Unfortunately, I didn't get a shot of John operating!  But heres some other views.

Won't be much progress for a while now on the layout. Got a family vacation coming up and some photo work that needs to be done, but will take up in a bit with the start of ground covering and ballast. 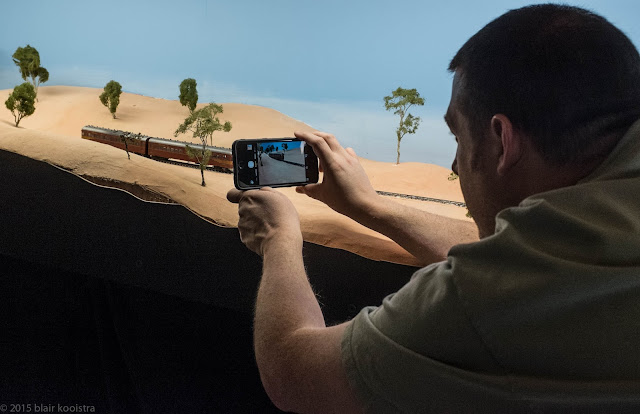 Matt Sugerman, Camas Prairie modeler, photographs the 620/720 set coming out of the hills 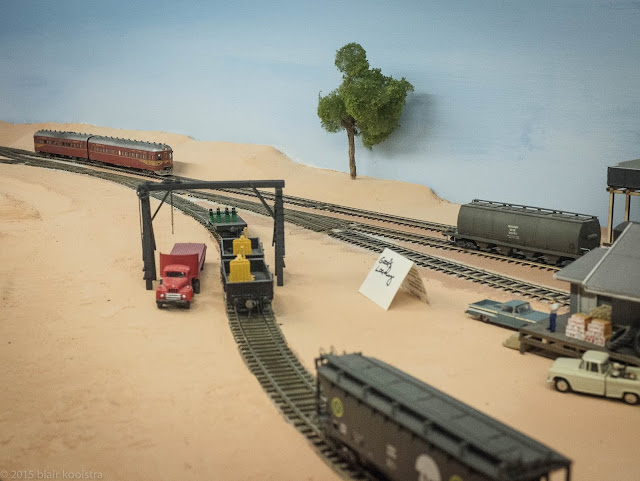 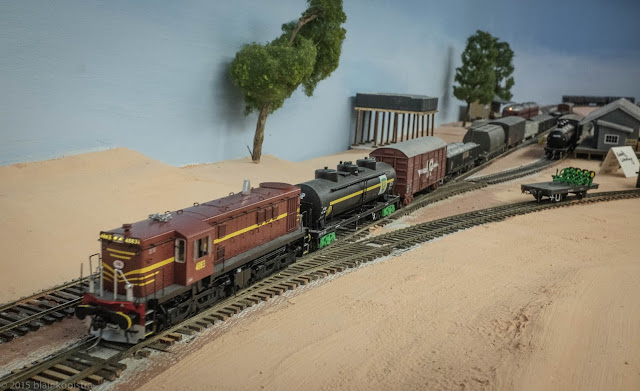 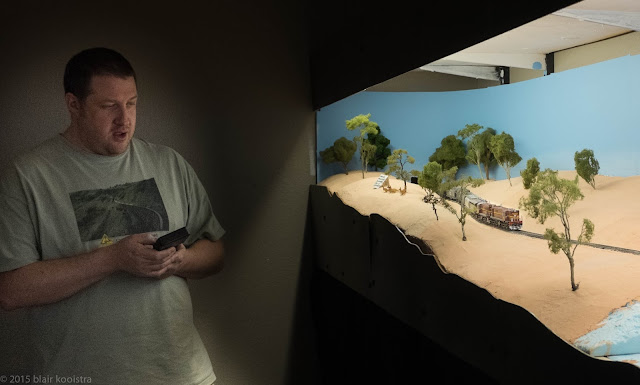 Matt Sugarcane brings the empty wheat down the 1:40 grade to Buggardine.