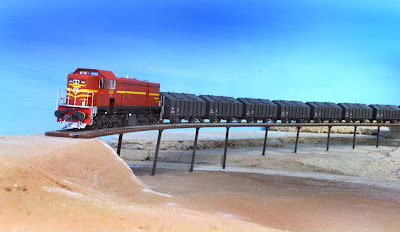 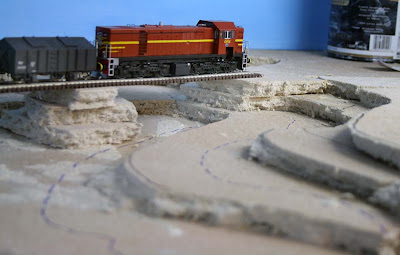 I'd measured out the location of the piers and set some long drywall screws into the scenery, placing my section of Micro-Engineering Code 70 bridge track atop it. And. . .i couldn't resist. . .I once more mocked up a scene. I think this will be a fine looking scene: image it with a real trestle, static-grasses and other weeds, a small but muddy river, and a smattering of tall trees in the back of the scene.
Posted by B. Kooistra at 8:22 PM

Blair, being the angel in question, I am glad that you decided to go with the old trestle, much more in keeping with the 'feel' of the older NSWR. Far more character.