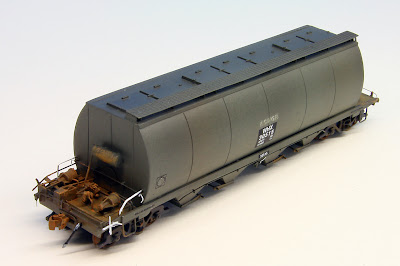 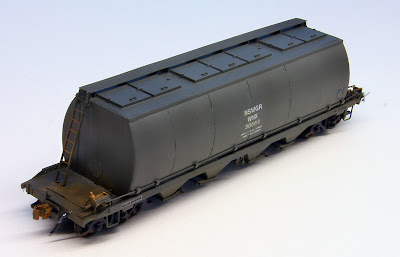 A-end coupled to B-end. These will fit right in with the other high-end detail cars on the layout from Auscision, Train-O-Rama and Austrains.
Posted by B. Kooistra at 9:41 PM

I know what you mean by enjoyable at the end but not when you are in the middle of the project.

Would a light dusting of a wheat dust colour over the top help?

Yep, wheat dust over the top. . .drizzled grime down the sides. . . a bit of road dust on the ends and on the underframe. Still a bit o'weathering to wrap it up on these.